a burst of wind and light (or, things I’d like to imagine)

A few years ago, after Trump was elected president of the United States of America and instituted a so-called “Muslim ban,” a prominent Arab American nonprofit in Chicago held a press conference outside of O’Hare International Airport. The leadership barked a bunch of empty liberal platitudes about how We-Are-All-Americans, and then they packed up to go, hauling their bullhorns and banners back across the parking lot. By the time they were leaving, the crowd had grown to quite a size. It thronged and shifted as the Arab American nonprofit leaders trudged through the cold winter night towards their cars and the camera crews packed up. And so three young women who had attended the rally decided, suddenly and without much forethought, to push the weight of our small, non-American bodies into the big glass doors and gave the crowd a gesture, a nod. And suddenly, hundreds of people were bursting into the brightly lit international terminal without a plan, just mass and momentum.

So far, based solely on my personal explorations, fragments of a future free Palestine have been discovered in:

1. Cigarettes in summer on a Montreal AirBnB balcony. 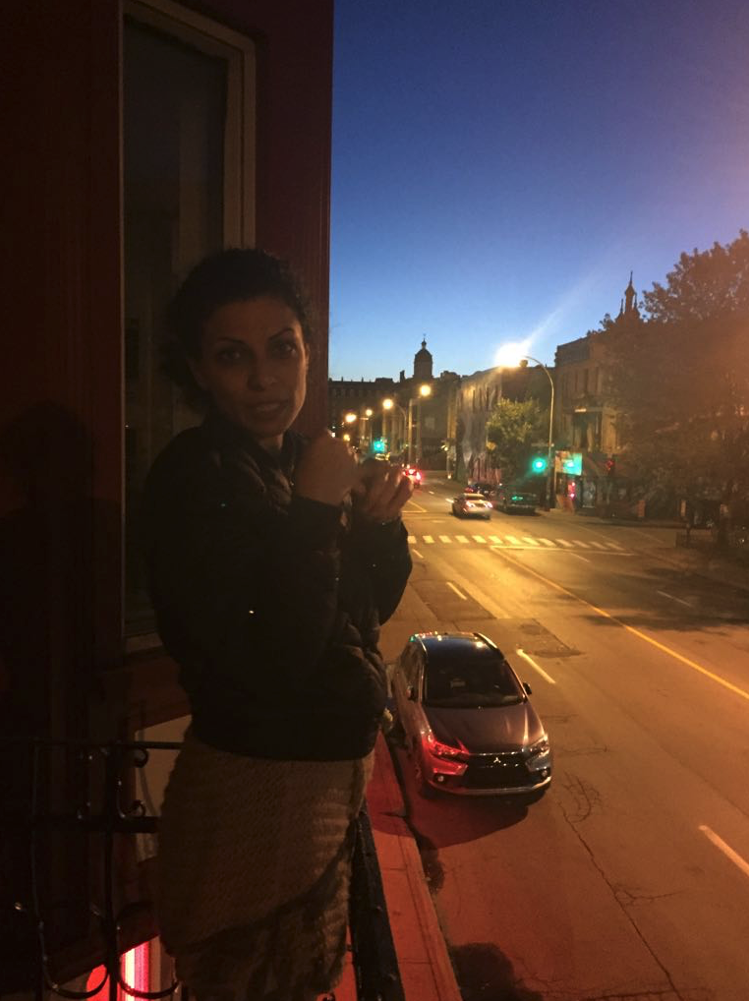 Suhad and Yamila stayed up that whole night talking about Ferguson and the First Intifada and feminist readings of the Quran. I had driven myself from Chicago to Detroit and across the better part of Canada to be there with them. I think that Palestinian national identity is predicated on our collectively shared scattering, on our diaspora, on our dismemberment. I don’t remember when it happened, but I think I fell asleep on the couch that night. If you look at our history, at the history of the formation of Palestinian national identity, our national consciousness came into being around the absence of a state. Rashid Khalidi and other nationalist historians will try to argue that Palestinian national identity preceded the destruction of our infant-state, of our Mandate. But actually, Rashid Khalidi doesn’t believe that, if you read closely. I think it’s interesting how we come together in our undoing, how it was the dissolution of our stillborn-state that solidified our sense of collective national consciousness.

2. Somewhere in my old journals. 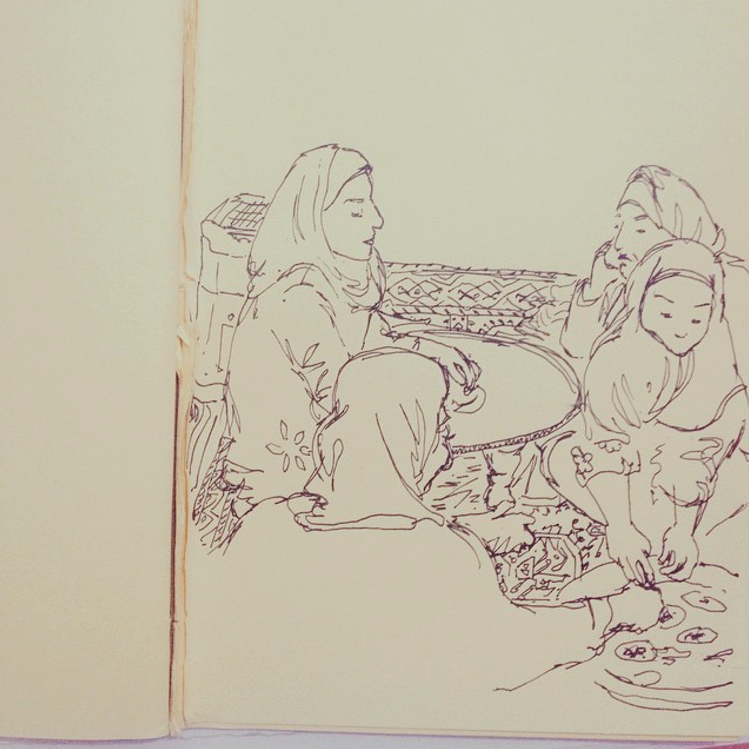 They’re stuffed like sardines into a bulging cardboard box in the basement. Journals are important receptacles for things like stillborn-states and falling asleep on the couch, because if you put those things out in the open, people will challenge you. If you write it down and submit it to a Palestinian outlet, it will get rejected and you will be severely belittled and they will never ask you to write for them ever again. Part of me imagines that maybe one day the basement will flood and the ink will spread across all the pages and everything will congeal into an unintelligible solid mass and I won’t have to look at any of it anymore. But even if that happened, I’d still have to think about it all the time. That’s why people say it but they don’t say it out loud. They say it in clever ways. They say it in muffled thuds and thin, delicate trickles. Even so, rainy nights I fantasize about it as I’m falling asleep. Pools of water seep in slowly from under the foundation.

3. Growing on a rooftop garden in a refugee camp. 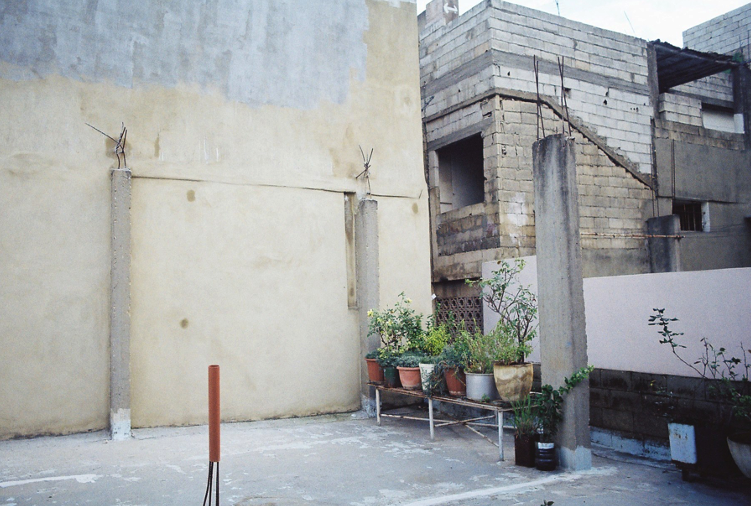 Specifically: the rooftop garden of the cinderblock house that my dad was born and raised in. My dad says that when he was a kid, he could see all the way to the sea from this rooftop. I think that people are afraid to talk about these things because they are afraid that if they admit it, they will somehow also be saying that Palestinians don’t exist. Or that we deserved to have the land we come from destroyed. Or that we deserved to be made refugees. But the way I see it, if we say it, we simply refuse to play by the rules of their game any longer. In a refugee camp, there is nowhere to build but up. So Palestinians live on cinderblocks in the sky. We refuse to make nations and states the basis for or rationale behind our right to continued existence. We insist on our own humanity with or without a passport. We dismember their structures, and all of our constructs and mythologies, and we bring theirs down with us, and we take our gardens up to the rooftops so the spindly green branches of the lemon tree can reach up towards the sun. 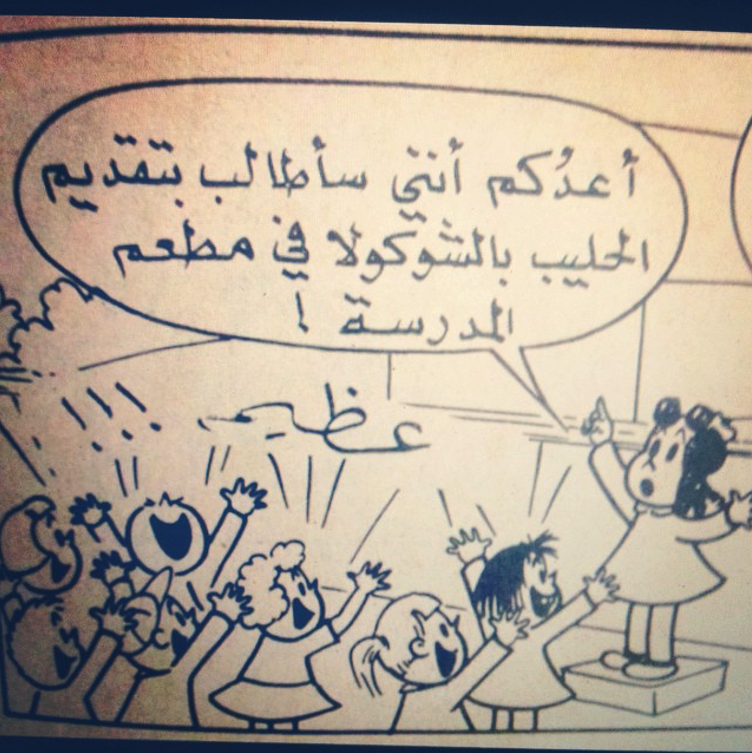 I feel like when I was a kid I was a lot less worried about reality and I was a lot less worried about what is reasonable and what is possible and what is achievable. When you are a kid in some ways you feel powerless but also you have much more capacity to conceive of infinite alternate ways of being. What’s most beautiful in all of this to me is how we’ve always been more expansive than the state. When you are a kid you can drift and shift between worlds that are real and worlds that are entirely your own collaborative creation, playing wolves in the park with your best friend, or legos in your little brother’s bedroom. Isn’t that magical, about our minds at that age? How we have the power to fold reality in on itself? I’d like to believe that this makes us more resilient. We’ve never been unified by a state structure, so we’re not bound to one. All the borders and barriers we later learn to build in our brains aren’t there yet. We’re resilient in the face of the collapse of the state, which is anyways always inevitable. And why should we ever settle for a state, when there are so many more beautiful ways that one can imagine freedom?

5. In something that flitted by while my little cousin sang out the sunroof, hollering into a burst of wind and light as Serene took us for yet another drive into the city. 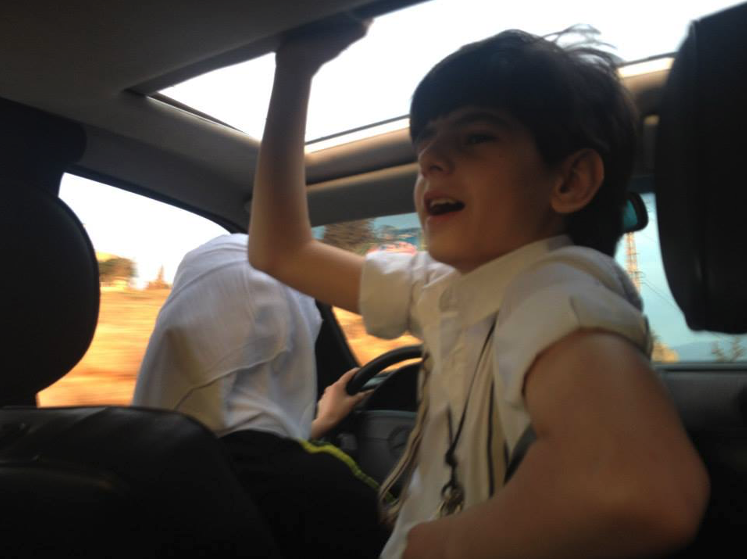 I remember linking arms with my cousins as we marched through the camp towards the dirt lot where Serene keeps her car parked and I remember linking arms with the others at the airport as we marched through the big linoleum-lined hall the same year the state began its long collapse. I remember a mess of cousins clamoring into the back seat of Serene’s car, too many to fit comfortably, and just enough to fit cozily. I remember that suddenly, there was a line of cops. We were on one side, and the majority of the crowd was on the other. I remember that there was a brief pause, and then we started to chant, and I remember speeding along the streets of Tripoli with that one same Nancy Ajram CD on full blast. We chanted at the top of our lungs, calling out to the crowd on the other side of the cop line. I remember Serene would ask, on days like that, “cappuccino, wla cocktail?” I remember that the crowd chanted back, and then they kept on marching. I remember watching a mass of people at the O’Hare International Airport Arrivals Terminal thrust forward and dissolve a line of airport cops like they were nothing more than a few pathetic fish thrashing against a mighty stream. I remember driving around and around, and I don’t remember stopping at too many places, but we kept marching on loop between arrivals and departures. I remember at the end of the night sitting on the asphalt outside the airport, our arms still linked, as we walked back towards the house from the dusty dirt lot.